From bollywood to hollywood Sarees are loved everywhere

One of the best thing about India is that its famous because of its rich indian traditional heritage culture of wearing a saree.It been more than many decades since their invention in ancient time.There are too many cities,parts in india where the most beautiful and different types of sarees are made.
Each and every part of india has a different type of culture,religion for which  different sarees are designed according to them like- Bengali,madrasi,gujarati,banarasi,chanderi,Dhakai,kanjeevaram and many other,and there are also too many different types of fabrics like chiffon,crisp cottons,georgette,silk and other.
Each saree has a different ways of their embroidery work like-Kantha,Dhonekhali,Begumpuri is a simple style of bengali embroidery, zardosi,velvet,zari and many others which i dont have much idea about. But in my opinion a woman looks most beautiful and absolutely sexy in a saree,nothing is more beautiful than a piece of saree which only a woman can handle gracefully. 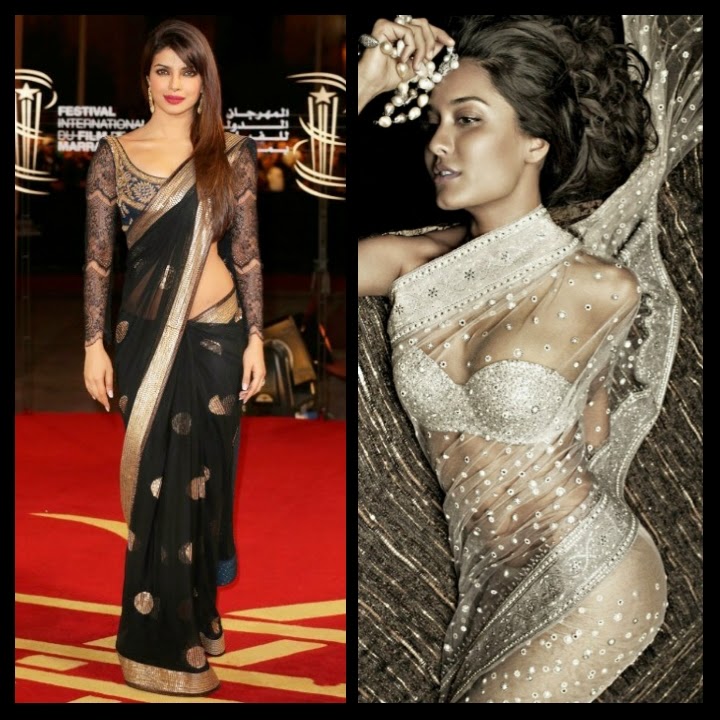 There are lot million ways you can style or wrap them the way you would like to, as its simply a piece of most extreme beautic ethnic wear.There is some kind of magicial appearance in these sarees which make this attire very different from other ethnic or traditional outfits.Today’s designers has completely modified this indian attire in conventional and conservative both ways.
Why indian people are so much attracted towards this traditional wear, specially our young generation is only because of its feminity and sensuality which has wonderfully improved its excellence looks and appeals the sense of how to wear the traditional saree in many contemporary and modify styles. 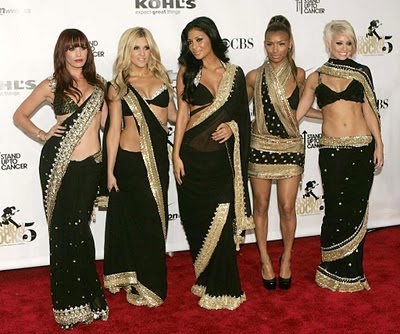 The amazing part is that its not only popular in India,bollywood but also in hollywood many of the international celebrities actresses have been loving and trying this exceptional indian traditional wear in lot many different styles.They did looked very gorgeous and yes, they did much fairness to these indian attire by wearing it with all perfect grace and elegance.Whether its Angelina jolie,few years back Victoria beckham posing for Vogue magazine in indian ethnic style or Juilia Roberts in the movie eat,pray and love wearing a sober saree.
Paris hilton in the photoshoot wearing a saree,Nicole Scherzinger with her pussycat doll mates in the fashion show posing in the collection of Rocky S in her recent visit to india commenting that ” its an honour to wear a saree”.Elizabeth Hurley wore many at the time of her ceremony,Madonna,Selena Gomez the pop star wore a ethnic wear in her visit to Nepal ,where she looked hot in this indian ethnic saree and many other hot international celebrites have tried this fancy indian traditional ethnic saree.No wonder, these traditional indian sarees are making a global fashion style statement. 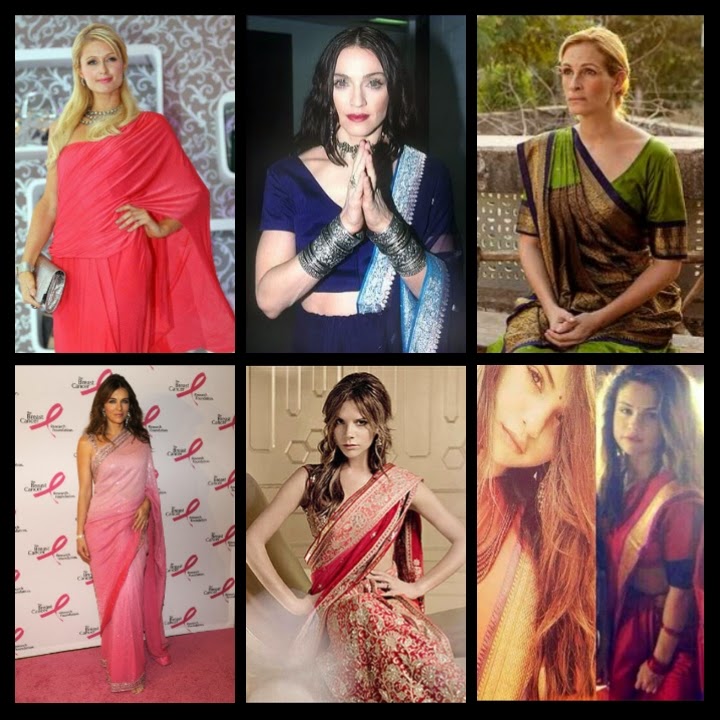 Choose the perfect pencil skirt for your shape