Jennifer Lawrence had never failed to look gorgeous and fashionable especially in her recent 2014 appearances.Jennifer’s signature style have mostly been those sexy stylish dresses,which compliments her totally
and makes her look marvelous every time.Here’s the 24-year-old actress five sexy hotshot looks from her recent appearance.
1.Jennifer Lawrence recently spotted at the Premiere of Hunger Games Mockingjay Part 1 in Los Angles on Nov 17.She looked elegantly sexy and dazzling in a beautiful cream-colored Dior Fall 2014, couture gown.With that she opted for a classy pair of golden strapped heels,which looked amazing on her and made her look more stunning.

For the after party she switched on to a  black flowy evening gown with a black blazer which looked phenomenal on her and a gorgeous clutch which added more elegance on the American beauty. 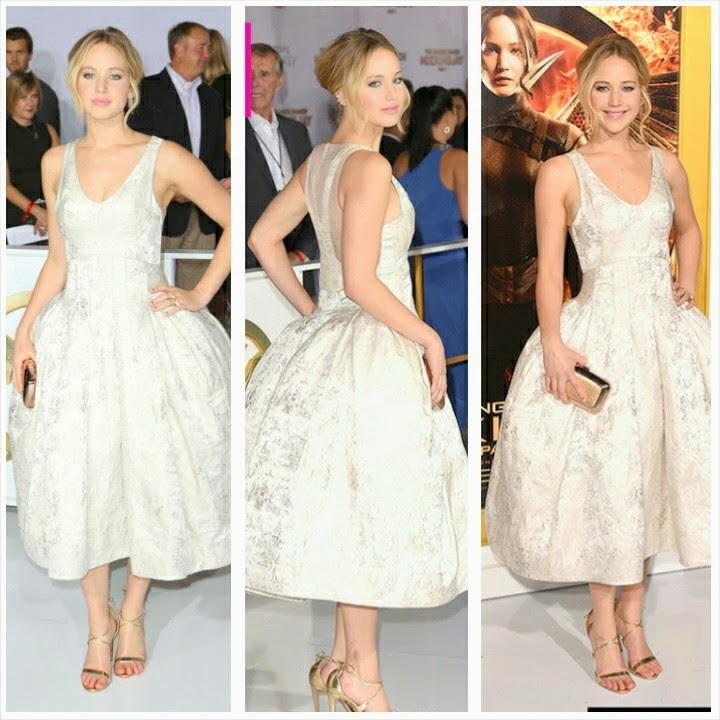 2.Jennifer Lawrence looked flawless in a pretty simple red hot bodycon dress from Antonio Berardi in Spring 2015.Jennifer went for a lovely Boyfriend style’s blazer with a black strap ankle-heels.She was spotted leaving a hotel in New York city to attend the Ed Sullivan Theater for her guest appearance on the late show to promote  Hunger Games Mockingjay Part 1 with David Letterman on Nov 14. 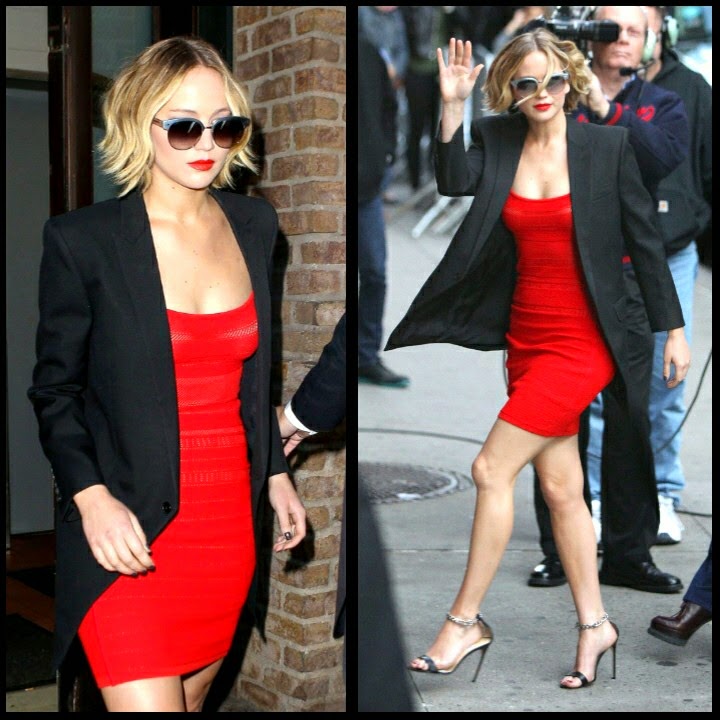 3. Jennifer was ravishing at the Cannes Film Festival which was her first appearance their and she there for the promotion  of Mockingjay posing with co-stars Liam Hemsworth and Josh Hutcherson.She wore an absolutely amazing short A-line lacey skirt and crop top which was from Dior,with the matching pumps.She was also spotted in a black lacy chiffon gown over a mini blue dress which looked perfectly elegant on her. 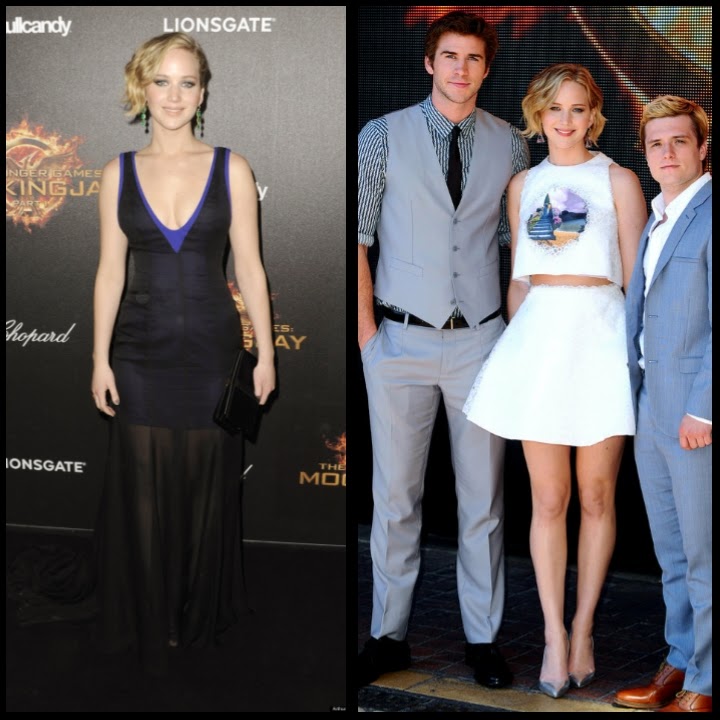 4.Jennifer Lawrence’s stunning appearance at the 71st Annual Golden Globe Awards 2014 was an eye-catching one.She was undoubtedly one of the best dresser at the Award function night.Jennifer opted for a beautiful white flarry strapless angelic Dior Haute Couture gown as she’s the face of Christain Dior.The gown was divided in three parts with black strips on it and a cute black clutch,which appeared fabulous on her. 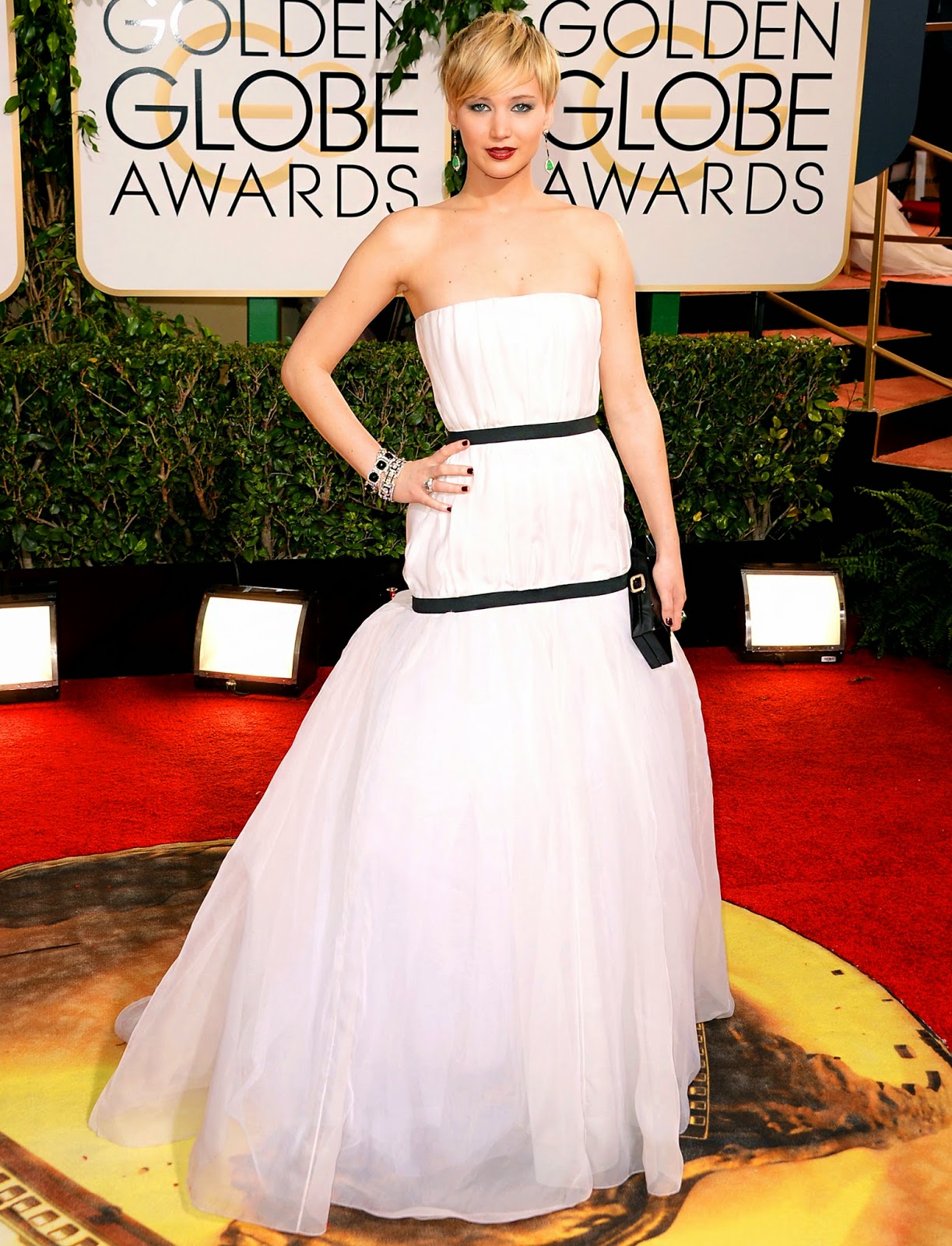 5.Jennifer Lawrence was striking and dazzling at the Elle’s 21st Annual Women in Hollywood celebration in Beverly Hills.Jennifer paid tribute to the late Fashion Designer Oscar De  La Renta by donning his white full sleeved absolutely gorgeous party dress,with the perfect detailing of lace on it.She accessorized the look with the blacks-the designed chain belt,a nice clutch and with a sexy pair of black strapped sandals. 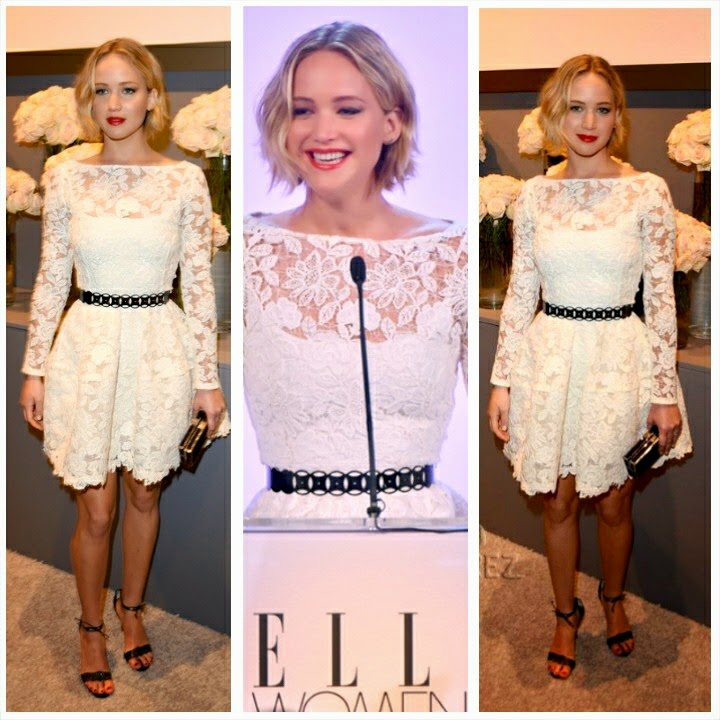 Choose the perfect pencil skirt for your...